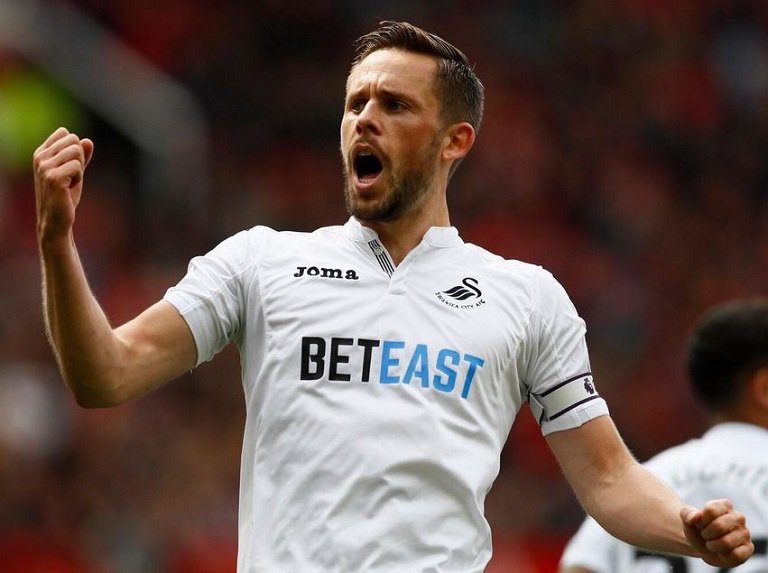 Everton have made a new offer of £32m for Swansea midfielder Gylfi Sigurdsson, 27, which would take their summer spending past the £100m mark. (Daily Mail)

Having already agreed a deal to sign Romelu Lukaku from Everton, Manchester United could sign another Chelsea target after agreeing a £35m deal for Monaco midfielder Tiemoue Bakayoko, 22. (Daily Star)

Arsenal are willing to make a third bid of more than £45m for Monaco winger Thomas Lemar, having already had offers of £30m and £40m turned down this summer. (Daily Mirror)

Goalkeeper Wojciech Szczesny, 27, has been left out of Arsenal’s pre-season tour to Australia and has been linked with a move to Serie A champions Juventus. (Sun)

Newcastle are trying to finalise an £8.5m deal for Norwich midfielder Jacob Murphy, 22, although Southampton and Crystal Palace are also in the running to sign him. (Daily Mirror)

Arsenal have had two bids for Thomas Lemar rejected by Monaco

West Brom are in talks with Bournemouth to sign defender Marc Wilson, 29, who would cost around £1m. (Birmingham Mail)

Leeds are looking to sign Manchester United defender Cameron Borthwick-Jackson, 20, on either a loan or permanent deal. (ESPN)

Manager Thomas Christiansen says a decision on the future of Leeds defender Giuseppe Bellusci, 27, has already been made after the Italian was involved in a confrontation with his own supporters during a friendly. (Yorkshire Post)

Former England midfielder Paul Gascoigne scored for Newcastle in a charity match organised in the memory of former Magpies goalkeeper Pavel Srnicek, who died at the age of 47 in December 2015. (Chronicle)

Tottenham say the board have not been in any discussions relating to the sale of the club after reports emerged of a £1bn takeover backed by Facebook owner Mark Zuckerberg. (Daily Express)

Security staff protecting Jose Mourinho and Manchester United on their pre-season tour of the USA will have to observe a complete alcohol ban for the full duration of their 18-day stay. (Daily Mail)

Liverpool midfielder Philippe Coutinho paid a surprise visit to his former club Vasco da Gama and was paraded on the pitch before their Brazilian Serie A clash with rivals Flamengo. (Daily Mirror)

Aston Villa should expect to have to battle for promotion to the Premier League this season, despite signing defender John Terry, says Harry Redknapp, manager of Villa’s rivals Birmingham. (Daily Star)