I always believed I could win again - Roger Federer
Advertisement 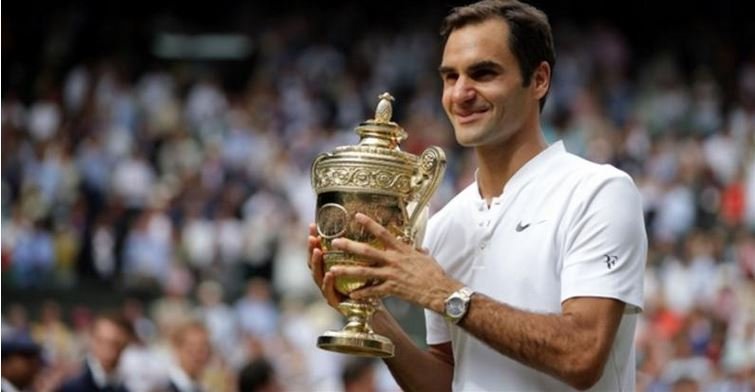 Roger Federer said he always believed he could win Wimbledon again after ending a five-year wait for his eighth title with victory over Marin Cilic.

“It’s special, Wimbledon was always my favourite tournament,” he said.

“My heroes walked the grounds here and walked the courts here. Because of them, I think I became a better player too.

“To make history here at Wimbledon really means a lot to me just because of all of that really. It’s that simple.”

Fourteen years after his first Wimbledon triumph, Federer added to his lengthy list of achievements:

Federer has lost just two matches in 2017, and held match points in both of those, collecting titles at the Australian Open, Indian Wells, Miami Masters, Halle and now Wimbledon.

His success is all the more remarkable after he left the All England Club 12 months ago and chose to miss the rest of 2016 to fully recover from a knee injury.

The Swiss returned to win his 18th major title in Melbourne, sparking a superb run of form, but then skipped the clay-court season and took a 10-week break.

“I knew I could do great again maybe one day, but not at this level. I guess you would have laughed, too, if I told you I was going to win two Slams this year. People wouldn’t believe me if I said that.

“I also didn’t believe that I was going to win two this year. It’s incredible.”

Federer will rise to third in the world rankings on Monday and plans to play more in the second half of the season than the first.

“The goal is definitely to be here again next year to try to defend,” he said.

Cilic, 28, struggled with a blister on his left foot and broke down in tears during the second set of the final.

“I even felt it in the match with Querrey in the semis,” said the Croat. “Fluid just came down under my callus in the foot.”

The seventh seed revealed that he had taken painkillers before the match and knew as early as the warm-up that he would struggle to move freely.

On the tearful changeover, he said: ” It was just emotionally that I knew on such a big day that I’m unable to play my best tennis, in physical, and in every single way.

“That was just a little bit combination of all emotions because I know how much it took for me to get here.”