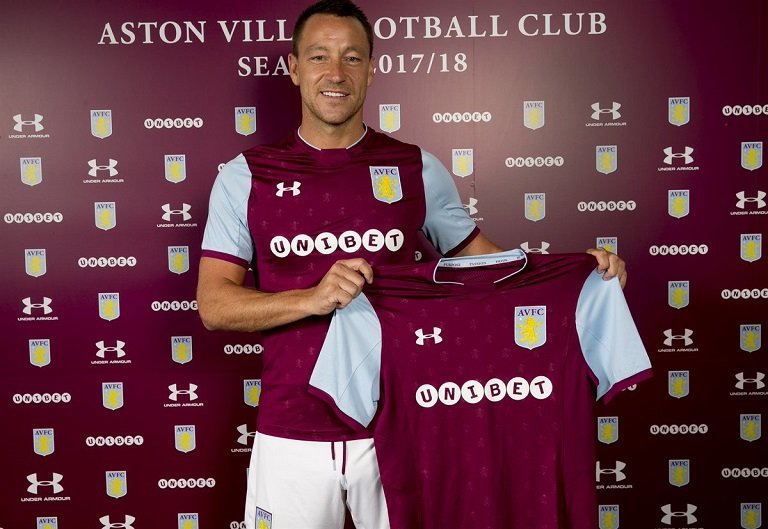 The 36-year-old defender, whose contract at Stamford Bridge expired on 30 June, has signed a one-year deal with the Championship club.

Terry, who won 78 caps for England, played 717 games for Chelsea and won his fifth Premier League title in May.

Villa finished 13th in the Championship last season but Steve Bruce’s side are among the favourites to win automatic promotion to the top flight in 2017-18.

Birmingham City manager Harry Redknapp said in June that his club had made an offer to Terry, who announced in April that he would be leaving Chelsea.

#WelcomeJT: Head over to our Facebook page for LIVE coverage of John Terry's press conference…

Terry has played for only two other English clubs – Chelsea and Nottingham Forest, with whom he had a short loan spell in 2000.

Terry aims to ‘achieve something special’

“It’s a club I have admired from afar for many years,” Terry told Aston Villa’s website.

“There are fantastic facilities at Bodymoor Heath, Villa Park is one of the finest stadiums in the country and there’s a good group of players here, with an experienced and successful manager in Steve Bruce.

“I can’t wait to get started now and look to help the squad achieve something special this season.”