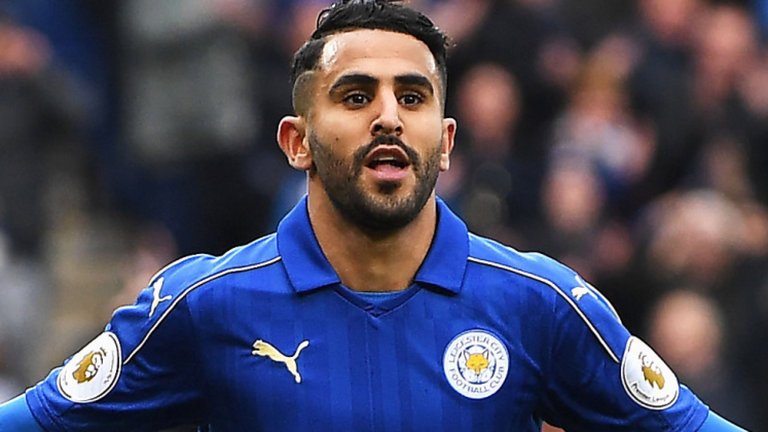 Arsenal are close to announcing the signing of Leicester’s Algeria winger Riyad Mahrez, 26.(Calciomercato – in Italian)

The Gunners could complete a deal for 26-year-old Lyon and France striker Alexandre Lacazette within the next 48 hours, according to the French club’s president Jean-Michel Aulas.(Le Progress via Evening Standard)

Paris St-Germain have enquired about the availability of Liverpool’s Philippe Coutinho, with the Reds valuing the 25-year-old Brazil midfielder at 100m euros (£87m).(Daily Mirror)

Chelsea will hope to make a breakthrough in their bid to sign Juventus’ Brazil left-back Alex Sandro, 26, with negotiations planned on Monday.(Telegraph)

Chelsea boss Antonio Conte faces a battle to sign any of his defensive targets. Manchester City are interested in Roma’s 24-year-old Germany centre-back Antonio Rudiger, Barcelona are keen on Juventus and Italy defender Leonardo Bonucci, 30, and Juve have also made a fresh attempt to persuade Sandro to sign a new deal.(Daily Mirror)

Liverpool manager Jurgen Klopp has told the club to step up their pursuit of the RB Leipzig and Guinea midfielder Naby Keita, 22, who is set to have talks with his German club this week over his future. (Times – subscription required)

Benfica and Mexico forward Raul Jimenez, 26, is believed to be a target for Liverpool and West Ham and the Portuguese club are preparing to receive a “significant offer” for their record signing.(A Bola via Sun)

Manchester City keeper Claudio Bravo wants Arsenal forward and Chile team-mate Alexis Sanchez to join him at Etihad Stadium – but Juventus and Paris St-Germain have joined the race to sign the 28-year-old.(Daily Star)

Former England and Chelsea captain John Terry, 36, is poised to be confirmed as an Aston Villa player on Monday.(Telegraph)

Real Madrid will start talks about signing Manchester United keeper David de Gea, 26, once the deal to take striker and fellow Spain international Alvaro Morata, 24, in the opposite direction is completed. (Don Balon via Daily Express)

Tottenham Hotspur have made a second offer of about 30m euros (£27m) for Sporting Lisbon and Portugal midfielder Adrien Silva, 28.(A Bola – in Portuguese)

Paris St-Germain’s 23-year-old Brazil defender Marquinhos, who is a target for Manchester City, has signed a new long-term deal with the French side. (Independent)

Birmingham City target Mitchell Dijks has moved closer to an Ajax exit after the 24-year-old left-back was left out of the Dutch club’s pre-season training camp.(Birmingham Mail)

Oldham defender Ryan McLaughlin fooled fans on Twitter when he joked that he had “signed for Barcelona”. (Liverpool Echo)

Videos have emerged of Barcelona striker Lionel Messi’s dancing skills as the 30-year-old took to the floor during his wedding to Antonella Roccuzzo. (Daily Mail)

A statue of Luis Suarez has been vandalised in his hometown of Salto in Uruguay, with a note left at the scene referencing Messi’s wedding. (101 Great Goals)

West Brom think there may be some confusion on the pitch this season after they signed Jay Rodriguez, who looks like a few other Baggies players. (West Brom Twitter)

Championship club Nottingham Forest have sent a letter and gift to the partners of all their players as a token of their “appreciation for the understanding and support” they show to their other halves during “what is a very demanding football season”. (Daily Mail)