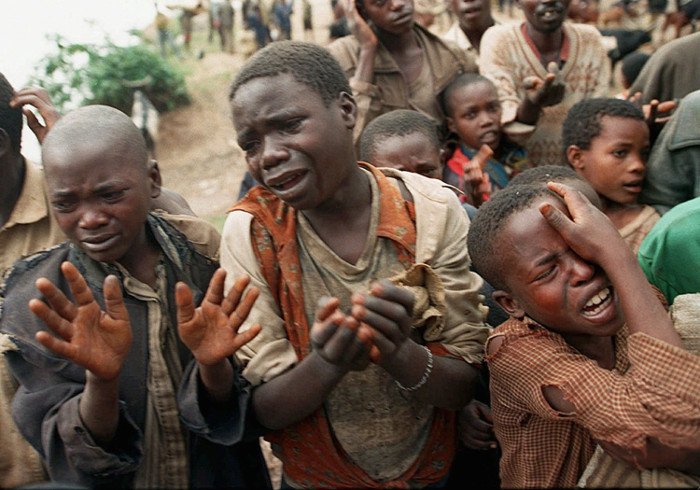 South Sudan is no longer classified as being in famine following an increase in aid, a UN-backed report says.

However, the report warns that the situation remains desperate as the number of people at risk of starvation has increased in the last month.

The famine, announced in February, was the first be declared anywhere in the world since 2011.

Armed conflict, low harvests and soaring food prices have been blamed for the situation.

Tens of thousands of people have died and millions displaced since fighting erupted in the country more than three years ago.

The IPC adds that the number at risk of starvation has increased to six million, up from 5.5 million last month.

The United Nations says the world is facing its biggest humanitarian crisis since the end of World War Two, with a total of nearly 20 million people facing starvation in north-east Nigeria, Somalia and Yemen, as well as South Sudan.

Bags of sorghum have been airdropped into some of the most remote parts of the country, medical aid provided in temporary clinics far from recognised hospitals, pressure has been exerted on the government to allow this vital help to reach those in need.

Today, the UN and South Sudanese officials have announced that conditions in the two affected counties no longer meet the technical definition of a famine.

One risk now is that funding for humanitarian aid slows down, if donors believe that the worst is now over.

That’s one reason the UN is so keen to stress that people are still in desperate need of help.

Six million people throughout the country still struggle to find food every day – the highest ever total in South Sudan.

All this largely man-made suffering will continue as long as the civil war rumbles on.

When is a famine declared?

The Integrated Phase Classification (IPC) system classes a famine as: