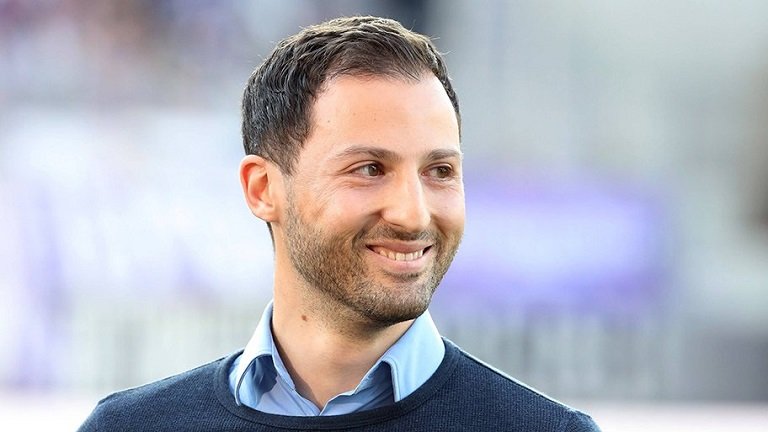 Bundesliga side Schalke have appointed 31-year-old Domenico Tedesco as coach to replace the sacked Markus Weinzierl.

Last season, Tedesco took charge of second-tier FC Erzgebirge Aue for the last 11 games – his first job as a boss – and guided them to survival.

Tedesco has signed a two-year deal at Schalke, who finished 10th in the German top-flight.

The division’s youngest coach Julian Nagelsmann, 29, has extended his deal with Hoffenheim until 2021.

Nagelsmann took over in February 2016 without a proper senior licence, but led them to a club-best fourth-placed finish, qualifying for the Champions League play-offs.

His excellent showing has since seen him linked several bigger clubs, including champions Bayern Munich.

In a statement by the club, “We have been monitoring closely throughout the entire campaign in order to lay the foundations for the best possible season for FC Schalke 04 in the upcoming season,” sporting director Christian Heidel said.

“The conclusion of our assessments is that a change was necessary in order to achieve the desired development. This includes bringing in a new head coach,” continued Heidel.

“However, this decision was not an easy one to make. I would like to thank Markus Weinzierl and wish him all the best for the future.”

Domenico Tedesco is the man chosen to take the club forward next season.

The 31-year-old began his coaching career within the youth set-up at VfB Stuttgart, where he took charge of the U17s between 2013 and 2015, before then joining TSG Hoffenheim to work with the U19s.

Tedesco was awarded a Coach of the Year award among fellow trainee coaches in 2015/16.

During the second half of last season, he took charge of second-division side FC Erzgebirge Aue, where he kept them up thanks to a strong run towards the end of the season.

“Domenico Tedesco may not have much experience in the professional game, but he has convinced us of how he intends to shape the sporting future of the club.

“How many other clubs would take their chances on such a young and innovative coach,” quizzed Heidel.

“The whole board and supervisory board at FC Schalke 04 support the decision.”