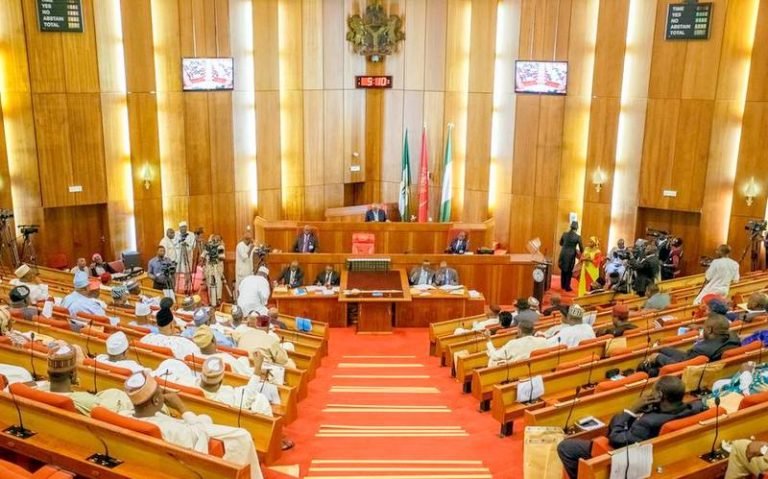 Speaking at plenary, Senate leader, Ahmed Lawan stated that the Senate would receive the 2017 budget from its committee on appropriation on Tuesday, May 9, 2017.

Senators Danjuma Goje and John Enoh who chaired the committee failed to present the 2017 budget report to the upper chamber this week.

Lawan moved that the presentation of the budget be stepped down to the next legislative day.

“They are meeting with the house committee on appropriation to cross the ts and dot the is of the 2017 budget by harmonising and I have also been informed that by the grace of God, the budget 2017 will be laid on Tuesday,” Lawan said.
“Having said this distinguished colleagues, I will move that we step down, we stand down the presentation of this report to Tuesday the next legislative day,” he added.

Deputy Senate President Ike Ekweremadu, who presided over plenary said that senate and the house were putting final touches to the report so that the National Assembly could transmit same to the executive for assent.

Recall that Goje had accused the Police of hijacking parts of the budget during a raid of his house in April, 2017.