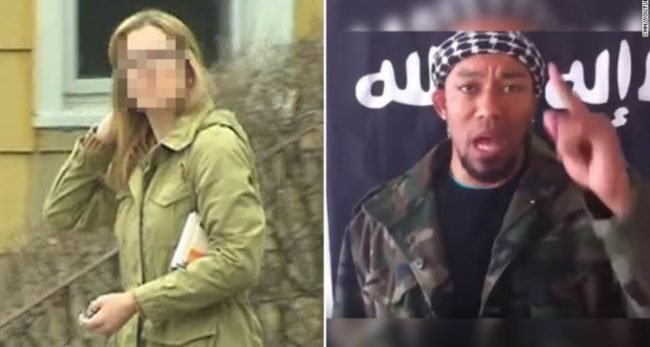 The FBI has confirmed one of its translators travelled to Syria and secretly wed an Islamic State recruiter whom she had been investigating.

The FBI “took several steps in a variety of areas to identify and reduce security vulnerabilities” after the incident, the agency told BBC News.

Daniela Greene lied to her employers about her 2014 trip, reports CNN, which broke the story.

The 38-year-old served two years in prison after fleeing back to the U.S.

Greene’s story was ordered to be kept secret by a U.S. judge, but was revealed for the first time on Monday after federal court records were unsealed.

The man whom Greene married, Denis Cuspert, is a German rapper-turned-IS recruiter.

In February 2015, the U.S. government labelled him a specially designated global terrorist.

In one propaganda video he was seen holding a freshly decapitated human head.

US officials claimed to have killed Cuspert before, but later retracted that statement

Greene, who worked at the FBI’s Detroit field office, was tasked in January 2014 with investigating Cuspert, according to CNN.

Six months later the German-speaking linguist travelled to Syria to marry him.

Czechoslovakia-born Greene told her work superiors she was planning a trip to visit her parents in Germany.

But instead she travelled to Turkey where she crossed the Syrian border with the help of local IS operatives, reports CNN.

Greene was still married to a U.S. serviceman at the time.

Shortly after arriving in Syria in June 2014, she reportedly married Cuspert.

He had dropped his stage name of Deso Dogg to call himself Abu Talha al-Almani.

But Greene apparently soon had second thoughts about her new husband. (NAN)