China orders U.S. out of its territory
Advertisement 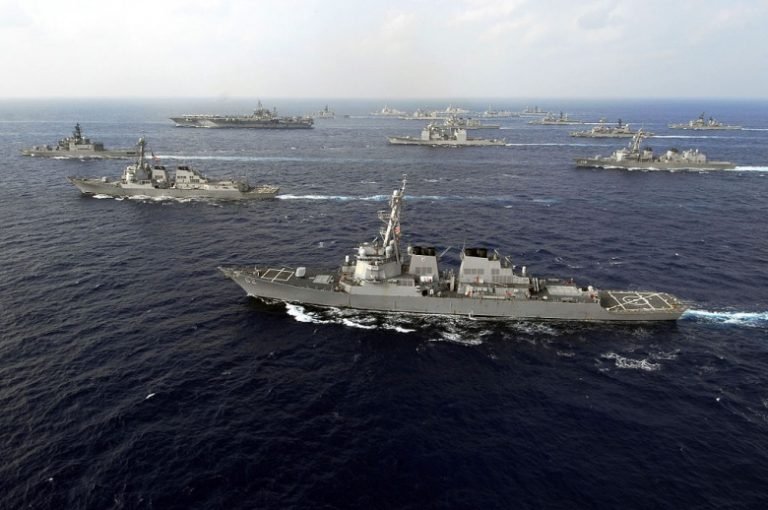 A U.S. Navy destroyer in the vicinity of a man-made island in the South China Sea was told to leave the area by Chinese warships, a Chinese defense official said Thursday.

Ren Guoqiang, a Chinese Defense Ministry spokesman, said China sternly warned the U.S. over its patrol near the disputed territory and that the moves were “not conducive to peace and stability” in the region, Reuters reported.

The destroyer was less than 12 nautical miles from a man-made island, he said.

The USS Dewey, a guided-missile destroyer, made the passage near the Mischief Reef.

The patrol was the first “freedom of navigation operation” to occur near a Chinese artificial island since President Trump took office in January, a U.S. defense official told Fox News.

Capt. Jeff Davis, a Pentagon spokesman, declined to comment to the newspaper on the operation.

“We operate in the Asia-Pacific region on a daily basis, including in the South China Sea,” he said in a statement to The Wall Journal Street.

“We operate in accordance with international law.” He added that the patrols are “not about any one country, or any one body of water.”

The U.S. deployed its aircraft carrier and a submarine to the Korea Peninsula following North Korea’s missile launch provocations.