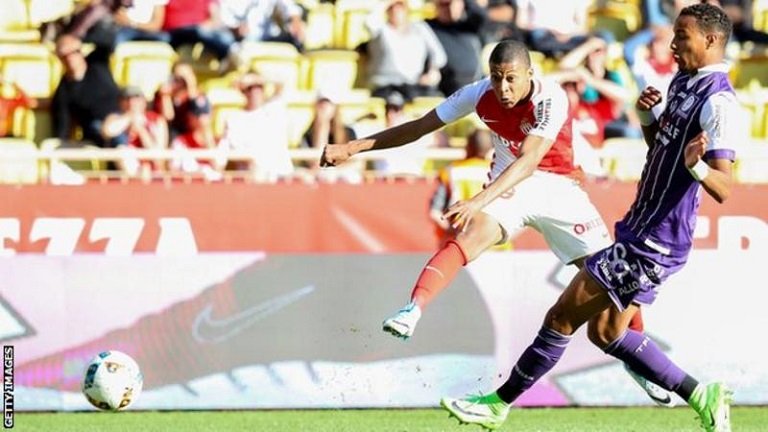 Kylian Mbappe scored his 14th Ligue 1 goal of the season as Monaco came from behind to beat Toulouse and go three points clear at the top of the table.

Mbappe, 18, put Monaco ahead with a first-time shot and winger Thomas Lemar made it 3-1 after Nabil Dirar’s cross.

With four games of the season left, Monaco are within sight of being crowned champions of France for the first time since 2000.

Their next game is at home to Serie A leaders Juventus in the Champions League semi-final first leg on Wednesday (19:45 BST).