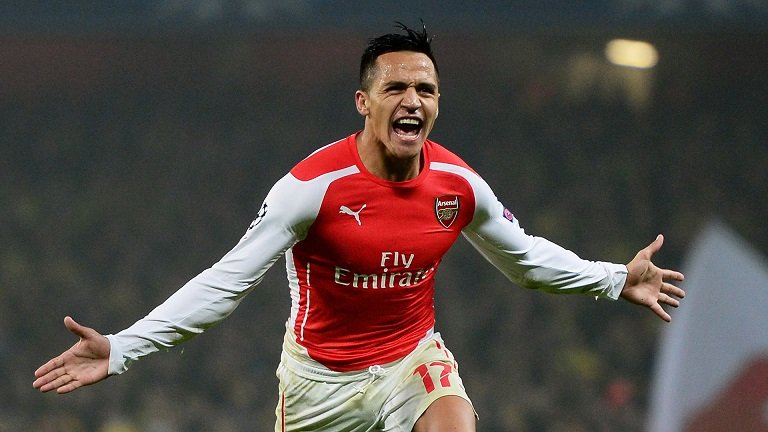 French champions Paris St-Germain are preparing a £60m summer bid for Arsenal forward Alexis Sanchez, 28, who has 18 months to run on his current Gunners’ deal. (Maxifoot – in French)

Manchester United are in a three-way battle to sign Monaco holding midfielder Tiemoue Bakayoko. Manchester City and Chelsea are also keen on the 22-year-old Frenchman.(Daily Record)

Southampton are targeting Liverpool defender Mamadou Sakho as a replacement for captain Jose Fonte, but face competition from Galatasary for the 26-year-old France international. (Mirror)

Manchester United have told Everton they will have to pay more than £20m for France midfielder Morgan Schneiderlin, 27. (Daily Mail)

Germany midfielder Mesut Ozil, 28, says he wants reassurances over Arsenal manager Arsene Wenger’s future before he commits to signing a new contract at the club. (Kicker – in German)

Torino have turned down an Arsenal bid worth 65m euros for 23-year-old Italy striker Andrea Belotti, according to the Serie A club’s sporting director. (Sky Sport Italia, via Four Four Two)

However, the Gunners say they have not even approached the Italian club about Belotti. (Evening Standard)

Swansea City have been linked with Bayern Munich and Germany defender Holger Badstuber, 27, with new boss Paul Clement ready to use his contacts at the Bundesliga club.(Wales Online)

New Crystal Palace manager Sam Allardyce says he will have money to spend, but admits the club may have to pay “astronomically high” transfer fees for players during the January transfer window. (Talksport)

And the former England boss will outline his transfer plans to Palace chairman Steve Parish in the next couple of days. (BT Sport)

Former Charlton and West Ham boss Alan Curbishley has been linked with a shock return to management with Australian side Melbourne City. (Adelaide Now)

West Brom and Sunderland are also interested in Acerbi. (GazzaMercato – in Italian)

West Ham are in talks to sell their Algeria winger Sofiane Feghouli, 27, to Italian side Roma. (Sky Sports)

Sunderland’s Wahbi Khazri is a doubt for the start of Tunisia’s Africa Cup of Nations campaign after the 25-year-old midfielder was taken off on a stretcher in a warm-up game against Egypt. (Sunderland Echo)

Didier Drogba, 38, says he could return to former club Marseilles. The ex-Chelsea striker has been without a club since leaving Montreal Impact at the end of the 2016 Major League Soccer season. (Canal+, via Eurosport)