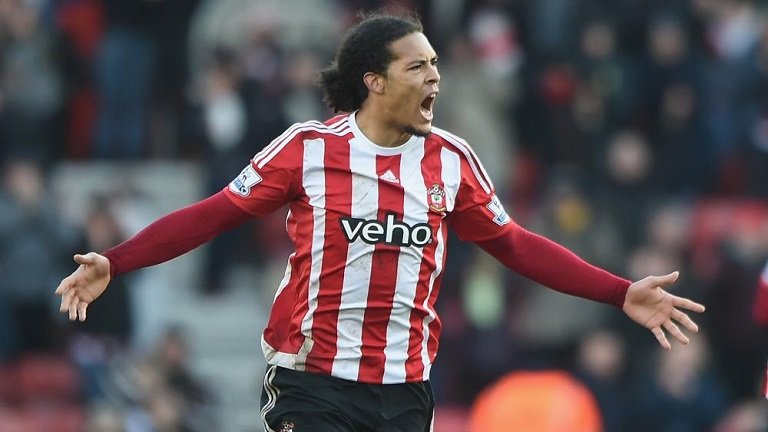 Virgil van Dijk is on the radar of Jose Mourinho

However, Mourinho will not sign a striker this month, saying he trusts England forward Marcus Rashford, 18. (Sun)

Benfica defender Victor Lindelof, 22, has also been linked with a £38m move to United, which could spell the end of Chris Smalling’s time at the club. Everton and Arsenal may bid for England international Smalling, 27. (Daily Star)

An announcement from Benfica about Lindelof, and what would be a club-record £40m sale for the Portuguese club, could be imminent. (A Bola, via Daily Star)

Paul Clement is expected to be appointed Swansea manager on Tuesday and is understood to have been offered a two-and-a-half-year deal. It is unlikely he will take charge for Tuesday’s game at Crystal Palace.(Daily Mail)

Sunderland manager David Moyes is concerned he may not be able to attract enough quality players this month.(Daily Telegraph)

Manchester City’s England goalkeeper Joe Hart, 29, is unlikely to make a permanent move to Torino because the Serie A side are unable to afford his high wages, club president Urbano Cairo has revealed. (La Stampa, via Daily Mail)

Hart will not be a target for Liverpool in this transfer window or the next. (Sky Sports)

But Liverpool are lining up a move for Benfica’s £22m-rated Mexico international striker Raul Jimenez, 25. (Squawka)

Liverpool want to sign 21-year-old Wembley-born winger Jacob Murphy from Norwich, then loan him back to the Canaries in a bid to beat Tottenham to his signature. (Daily Mirror)

Liverpool midfielder Lucas Leiva, 29, could stay at Anfield beyond this month, despite interest from Inter Milan. The Reds are prepared to sell the Brazilian but the Italian club are thought to want a loan deal. (Liverpool Echo)

Newcastle have made contact with Everton about signing midfielder Tom Cleverley, 27, on loan. (Newcastle Chronicle)

Aberdeen will increase their efforts to keep Niall McGinn, 29, after the winger emerged as a target for Hearts. (Daily Record)

Birmingham have ended their interest in Nottingham Forest captain Henri Lansbury. Former boss Gary Rowett had been preparing a bid for the 26-year-old but successor Gianfranco Zola will not be pursuing the midfielder. (Birmingham Mail)

Brighton are expected to make 33-year-old striker Glenn Murray’s loan from Bournemouth a permanent transfer in the January window.(Sky Sports)

Stoke goalkeeper Jack Butland, 23, may miss the entire season with an ankle injury.(Guardian)

Trump to reveal secret behind US hacking

Giroud’s goal one of my top five at Arsenal – Wenger