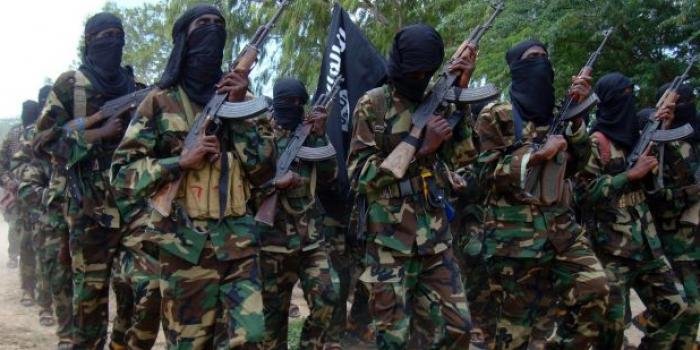 Islamist al-Shabaab militants, who want to topple the Western-backed government, said they carried out the assault near Mogadishu’s main airport, an area used by several embassies, aid groups and telecoms companies.

One bomber drove a car into a checkpoint outside the headquarters of the African Union peacekeeping force AMISOM, killing three Somali officers stationed there, police officer Mohamed Ahmed said.

Another vehicle then drove through toward the base’s main gates but came under fire from peacekeepers.

“It exploded about 200 meters from the gate. Civilian buildings were damaged,” AMISOM said on its Twitter feed.

The powerful blasts damaged the front of the nearby Hotel Peace, though there were no immediate reports of casualties there.

The burned-out shell of one of the wrecked vehicles lay outside.

Nearly 300 members of Somalia’s federal parliament were sworn in last week after elections and are expected to pick a new president.

Al-Shabaab (which means The Youth or The Youngsters), is a jihadist terrorist group based in East Africa.

In 2012, it pledged allegiance to the militant Islamist organization Al-Qaeda.

In February of the year, some of the group’s leaders quarreled with Al-Qaeda over the union,[8][9] and quickly lost ground.

As of 2015, the group has retreated from the major cities, controlling a few rural areas.

Al-Shabaab is an offshoot of the Islamic Courts Union (ICU), which splintered into several smaller factions after its defeat in 2006 by Somalia’s Transitional Federal Government (TFG) and the TFG’s Ethiopian military allies.

The group describes itself as waging jihad against “enemies of Islam”, and is engaged in combat against the Federal Government of Somalia and the African Union Mission to Somalia (AMISOM).

Related Topics:Al-ShabaabSomaliaSuicide Bombing
Up Next