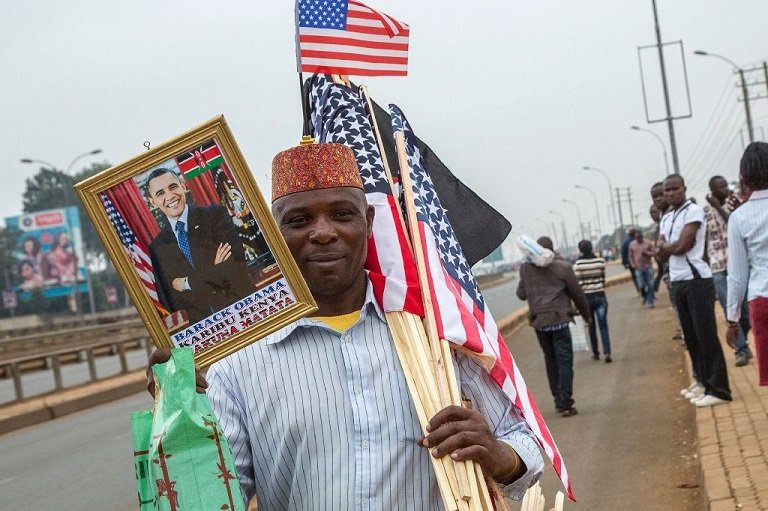 It was always going to be hard for outgoing US President Barack Obama to live up to expectations in Africa.

Born to a Kenyan father who once herded goats, the first black US president was seen as Africa’s prodigal son who would understand the continent in a way white presidents never could.

Nelson Mandela said Obama’s historic victory was proof everyone should “dare to dream” and Africans gave the new president a hero’s welcome.

Six months after taking office in 2009, Obama travelled to Ghana to lay the foundations for future policies that emphasised responsibility and trade.

“Africa’s future is up to Africans,” he said in a speech in the country’s capital of Accra.

“Africa doesn’t need strongmen, it needs strong institutions,” he added, referring to the countless leaders who cling to power and enrich themselves in countries where poverty is rampant.

The speech electrified the crowd but the thrill wore off. The trip was his last visit to Africa in his first term.

He took a different approach in his second term, launching his signature Africa initiative in 2013 after a visit to Robben Island, the apartheid-era prison outside Cape Town that held Mandela for more than 20 years.

His Power Africa programme to double access to power in sub-Saharan Africa was designed to bring governments and the private sector together.

“That’s a big part of his legacy, to change that perception that Africa is not the dark continent, it is rising and there is opportunity there,” US-Africa specialist Scott Firsing told AFP.

“Obama changed aid to trade,” added Firsing, from the University of North Carolina.

Obama, who has said that one of his greatest achievements in office was “taking out” Al-Qaeda leader Osama bin Laden, also took the fight against rising Islamist extremism to Africa.

He ordered an expanded military presence against Al-Qaeda in the Islamic Maghreb (AQIM) in Mali, Boko Haram in Nigeria and the Shabaab in Somalia.

Drone bases were set up in Niger, which borders both Mali and Nigeria, and northern Cameroon, while there were targeted strikes in Somalia.

“Frankly the US military didn’t have much cause to focus on Africa, but now, unfortunately, there is cause to be there,” said the former head of US Africa Command, retired general Carter Ham.

The breakdown in Libya following the death of strongman Moamer Kadhafi in 2011 saw weapons and radicalised fighters spread across Africa.

“There clearly was a follow-on effect that was detrimental,” said Ham, who led the initial military intervention against Kadhafi.

Tackling the threat was a priority for Obama, he said, adding: “I think he was genuinely concerned for stability and security in Africa.

“If left unaddressed it was only a matter of time before those organisations would fulfil their stated intention of attacking the West.”

Shabaab gunmen confirmed those fears in 2013 when they killed at least 67 people at Nairobi’s Westgate mall, a favourite shopping destination for Westerners.

Obama’s tenure has by no means been perfect.

His administration faced heavy criticism for supporting countries such as Ethiopia with poor human rights records.

Sometimes he misjudged the mood. Senegal cheered in 2013 when its president Macky Sall rebuffed Obama for hitting out at discrimination against gays.

And detractors say Power Africa is also falling short of its goals.

Obama is generally seen as having advanced US interests in Africa and deepened relationships, not least by continuing his predecessors’ flagship projects.

George W. Bush’s President’s Emergency Plan for AIDS Relief (PEPFAR) is credited with having given life-saving treatment to millions of people.

Bur arguably Obama’s most enduring legacy is his example.

“Having a leader like him has an important psychological effect on Africans,” said Mzukisi Qobo, associate professor of politics at the University of Johannesburg in South Africa.

“Despite his weaknesses and shortcomings, there is a sense of pride in seeing someone like Obama.

“He seemed to have a more transcendental awareness of the challenges of the world rather than looking at it through a white Western lens.”

In Accra in 2009, Obama declared he had “the blood of Africa” within him.

The vote was hotly contested but generally peaceful. Mahama conceded and the transition was smooth, just as in Nigeria, when Muhammadu Buhari beat incumbent Goodluck Jonathan in 2015.

“It had an impact. This has been the most free and fair election.”