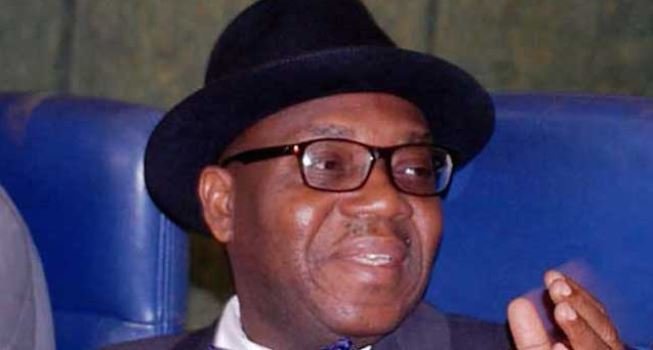 Godknows Igali had 47 vehicles and 100 motorcycles in his possession

The former permanent secretary otherwise known as Perm Sec of the Nigerian Federal Government who retired with 45 brand new SUVs has been revealed.

He is Dr. Godknows Boladei Igali, who retired from the Ministry of Power. He is from Bayelsa state.

The Nation newspaper reported Saturday that the vehicles recovered from him were actually 47, apart from 100 motorcycles.

The Economic and Financial Crimes Commission (EFCC) which is investigating Godknows Igali has found that the vehicles were bought for former President Goodluck Jonathan’s campaign in the 2015 general election, with looted funds. It was unclear why he did not release the vehicles for the campaign.

According to the newspaper, the money was part of the diverted N27 billion insurance premium of deceased workers of the defunct Power Holding Company of Nigeria (PHCN).

The EFCC was said to have intercepted the vehicles and motorcycles after an alarm was raised by an artisan, who was called in for repairs.

An EFCC source said that there was “overwhelming evidence” against the former Perm Sec.

The Nation quoting sources said the vehicles were seized from several secret locations.

More than 100 motorcycles parked at a facility in Mabushi Area of Abuja were also confiscated by the EFCC.

According to EFCC investigation, all the vehicles were supplied by Kaduna based Dilly Motors, the paper said.

The cash was allegedly laundered by Igali through Baseworth Insurance Brokers in order to cover his track.

Igali was earlier this year arrested by the Commission and made a statement after which he was released on administrative bail.”

The Nation said the EFCC was finalising plans to arraign Igali in court.

Putin halts expulsion of 35 US diplomats