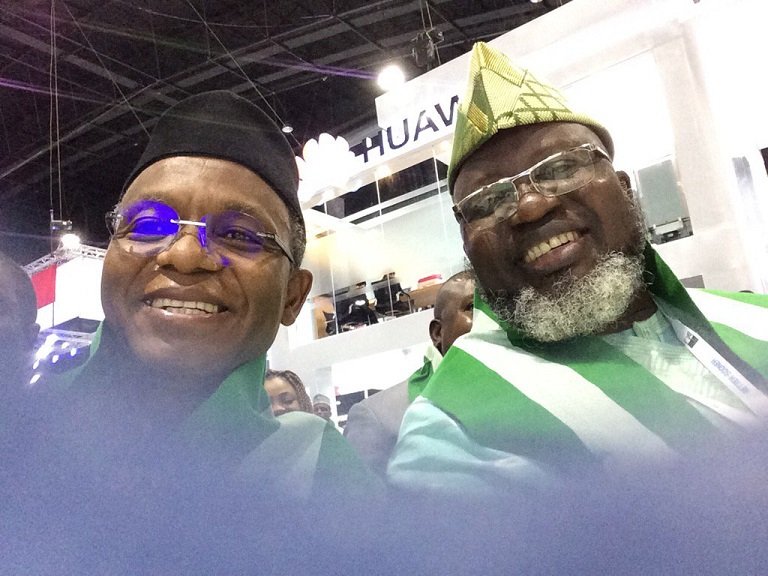 Governor Nasir El-Rufai of Kaduna State has told of how some top Nigerian officials and a cabal within the former Nigerian Telecommunications Limited (NITEL) never wanted the liberalisation of the telecom sector because they were benefitting from the corruption and the stagnation of the sector.

The state-owned telecom company has now been acquired by NATCOM Development and Investment trading as ntel for $252million.

Governor El-Rufai, who spoke Tuesday at the Nigerian Day in the ongoing International Telecommunications Union (ITU) Telecom World 2016 in Bangkok, Thailand, said insistence of the Bureau for Public Enterprises (BPE) and the visionary leadership of former President Olusegun Obasanjo got Nigeria’s telecom sector out of the hand of the cabal who was bent on wrecking it.

“But NITEL was an evil company and I am glad it died, because NITEL had taken $7bn of Nigeria’s resources to give it just 400,000 lines. It is the most expensive phone network in the whole planet.

“I believe that NITEL was an evil company and had to be dismantled somehow but I didn’t know how to go about it then”, the governor said.

He revealed that one of the reasons a former minister of communications Haruna Elewi was sacked by Obasanjo was because of his refusal to cooperate on the issue of telecom liberalisation.

He said: “The minister of communications was asked to announce the increase in tariff, he refused.

“BPE had to announce the increase in tariff which was one of the reasons President Obasanjo removed him immediately. He just refused, disobeying the President.”

El-Rufai said in a very desperate move to get the telecoms industry out of NITEL cabal, administration of the then President Obasanjo went out his way to beg Vodaphone to roll out its network in Nigeria just for one dollar in addition to five years tax holiday.

But Vodaphone wrote back to say it was not interested, according to El-Rufai.

“And we went and made a very nice PowerPoint presentation and offered to Vodaphone a nationwide GSM license for just one dollar, one dollar.

“We said just come pay one dollar, deploy your network and get five years tax holiday. Just to show that we can have another network in addition to NITEL and MTEL.

“And Vodaphone listened, they took our presentation and they said they would get back to us within two weeks. After the three weeks, Vodaphone got back to us through a very nice letter to the President saying they declined our invitation because from the data available to them the size of the Nigeria’s GSM market was 5m subscribers in three years”, he said.