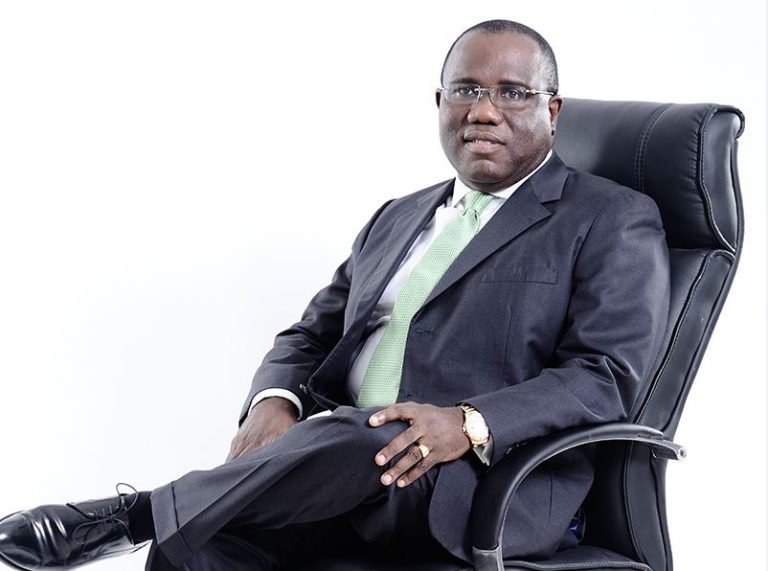 It would seem that hardly is any member of the public surprised at the ongoing scandal that has engulfed Heritage Bank. SaharaReporters has just disclosed how practically insolvent Heritage Bank has become.

The bank is finding it extremely difficult to pay depositors and meet its general obligations to the public. As expected, it has become tough to obtain from its automatic teller machines (ATMs).

In Lagos, it has some 500 ATM points, but only 138 points fewer are now dispensing cash. Whereas some N140m is needed for its ATM services, only N10m is available.

Despite spirited denials by the Central Bank that Heritage is not distressed, which are a crisis management approach, Nigerians know that all is not well with the bank.

Skye Bank is also in a mess. Last July 4, while Americans were celebrating the 231st anniversary of their independence, the Central Bank of Nigeria caused the entire board and senior management of Skye Bank to vacate their offices with immediate effect.

It was a spirited effort to salvage the bank whose directors are notorious for insider dealings. In a letter dated January 22, 2016, signed by Benjamin Fakunle on behalf of the director of banking supervision, the CBN directed it to make its “insider-related credits” conform to “to the stipulated regulatory maximum 10% of your paid-up capital per director including his/her related parties and 60% paid up capital for total related credits in line with our circular BSD/9/2004 on large exposures and connected lending”.

One thing which strikes every discernible Nigerian in the Heritage Bank and Skye Bank saga is the preeminent role of the directors of both banks.

Each of the ongoing scandals is traced directly to their directors. This fact should not surprise any person. The chairman of the board of Heritage Bank is Akin Akinfemiwa.

He was also the founding managing director and chief executive of Skye Bank. Before he left in July 2011, he had succeeded in creating a culture of corporate robbery and iniquity. In an article published in the Vanguard of September 16, 2016, Dr. Dele Sobowale, a respected columnist with a good American background in management studies, said of Skye Bank: “In too many cases, officials of the bank deliberately violated all the sacred principles of professional banking.

Deposits which should have been reported to the Central Bank and security agencies routinely as required by regulations were not and the bank lent itself as a willing tool to those seeking to circumvent the laws of Nigeria”.

In the last two months or so, Nigeria’s immediate past First Lady, Mrs. Patience Jonathan, has made headlines worldwide for the wrong reasons.

The first time was in September when the Economic and Financial crimes Commission (EFCC) traced a whopping $15m to her following the anticorruption agency’s investigation of President Goodluck Jonathan’s confidant and senior special assistant on domestic affairs, Waripamowei Dudafa.

She even had the effrontery to assert publicly that the money is hers, with her different lawyers giving contradictory explanations for the sources of the money, which range from inheritance from her trader mother to savings from her salary as a state civil servant to gifts from unnamed persons.

Mrs. Jonathan was to make global headlines again when the EFCC traced an additional $175m to her this month.

A fascinating part of these unconscionable revelations is the centrality of Skye Bank in the sordid drama. Each of these stupendous amounts has been kept in Skye Bank.

These are not the only dodgy monies traced to this bank in recent months. Jide Omokore, a very close business friend of former Petroleum Resources Minister, Diezani Alison-Madueke, has been using only Skye Bank in his deals in the oil industry.

A few months ago, he forfeited N200m to the Nigerian government through, of course, Skye Bank following discoveries of criminal deals. To quote Dr. Sobowale again in his column of last September 26, “virtually all the funds supposed to have been distributed by Mrs. Alison-Madueke passed through the same bank.

In fact, a comprehensive tally of all the individuals and organizations so far touched by the EFCC would reveal at least 20 accounts which accounts have been frozen”.

In consideration of the above facts, it is difficult to dismiss with a cavalier wave of the hand the recent revelations by SaharaReporters of how Akinfemiwa, the founding MD/CEO of Skye Bank, and his former bank, Prudent Bank where he was the chief executive, conspired to defraud a Lagos-based businessman, Sam Nwosu, capitalizing on the latter’s little financial literacy.

Nwosu and his Sam Total Trade were lured with a promise of a N25m loan to increase their working capital, but rather received N26m, which was made available from October 2000 to October 2001 in travellers ‘cheques in Nwosu’s name.

Curiously, Sam Total Trade’s account with Prudent Bank was made to look as if the TCs were a normal loan paid into it.

It is a good case of what is now known as creative accounting, as different amounts were moved into the account without the owner being told in advance or the reason. At the end of the day, the firm paid N219m to the bank for loans, interest rates and service charges.

When Nwosu challenged the transaction, the bank pounced on a property at 222 Shehu Shagari Way in upscale Asokoro District of Abuja in which the businessman has an interest.

The property was sold to a Senior Advocate of Nigeria, Jonathan Majiyagbe, the estranged husband of Nigeria’s first female chief justice, Mariam Aloma Muktar, at N50m, even though Prudent Bank had earlier valued it at N120m.

Interestingly, Majiyagbe, the first African to lead Rotary International, was a tenant of the two-wing property, and was even in arrears in rent payment as of 2005 when he reached a deal with Prudent Bank without the owners’ knowledge to purchase it.

The matter has been reported to the Ethics Committee of the Bankers Committee.

Nigerian bank CEOs must be a breed apart. As chief executive of Intercontinental Bank, Erastus Akingbola, a senior pastor of the Redeemed Christian Church of Nigeria, went on a binge, utterly disregarding all known banking ethics.

His bank collapsed even though he personally became super wealthy. Cecilia Ibru, the CEO of Oceanic Bank and another prominent member of the same church, did worse things. She went on an acquisition campaign like a possessed person.

Using depositors’ funds, Mrs. Ibru acquired 94 choice properties in Nigeria and around the world. She also acquired shares in 199 companies. Her bank collapsed. But she remains super rich.

As Heritage Bank, chaired by Akinfemiwa, goes the way of Skye Bank, which had Akinfemiwa as its first managing director, on account of the gross misconduct of their directors who are obviously threatening the very existence of these enterprises, there are grounds to speculate that Akinfemiwa truly belongs to the class of Erastus Akingbola and Cecilia Ibru.

Nigerians who may have forgotten how Nigerian bank CEOs have been looting their banks and customers to death are advised to read Ray Echebiri’s well documented and fascinating Rage of the Risk God: Reportage of Lamido Sanusi’s Banking Reforms, which was published in 2011.

More interesting days are ahead.

The forgotten mark of true Christianity by David Dimas

Trumpeting the US Elections by Okey Ndibe